Have a giggle at these.

Most Clams begin life as Males, but half of them turn female when older (Tim you are a Clam!.)

The green zone golf club is on the border of Finland and Sweden: half of the holes are in one country and a half in the other.

The first woman to play golf was Mary Queen of Scotts.

Women look their oldest at3,30 pm on Wednesday. I am lost for words. (Again).

George W Bush was a college cheerleader (Possibly a clam).

Nudiustertian means'relating to the day before yesterday.

First Street is usually renamed after someone locally famous, i think that’s why the name is less common. Great fun facts, and i am going to learn and use the word Nudiustertian somehow.

I am glad that it is now nearly five. I am looking younger (a bit) by the minute.
And Nuiustertian is a wonderful word.
Thank you.

Messymimi. How about the following.for example.

Nudiustertian I did my weekly shopping in the pouring rain. I really should have done my shopping today in the brilliant sunshine. "How is That?".

EC, I promise not to gaze upon your wonderful countenance at three thirty PM.

I am almost wordless, but not quite. Each one of these is amazing. I will search Youtube to see Bruce Lee dancing and slip into conversations that women look their best at 3.30 on Wednesday's. I don't want to remember George Dubbya, and certainly not in a short pleated skirt.

I think he was a clam from the beginning lol xo

The street one and Finland one were my favourites!

Very good! And, the most common street name in Australia is George Street.

Andrew. Watch this space there are more to come.

Julie There would be no person wiser than yourself aware of the Clam theory, Thank you Julie for your comment,x.

330 it is on a Wednesday arvo. Have to watch out for that. Wonder how many men turn into clams on that day and time too!

Hopefully, I looked a bit younger today, after all, I did get a haircut and an eyebrow wax!!!

Sue B. You are as young as the person you are feeling; Er I think that is correct and as old as one's Aches and Pains.

Among my callers on this post, I have Two Ex Daughters in law, Two lovely Ladies. Memories.

Chris. Your assumption that George Street is the most used name for a street in Australia, is incorrect. Railway and Station streets are the leaders. Sorry, Pal. 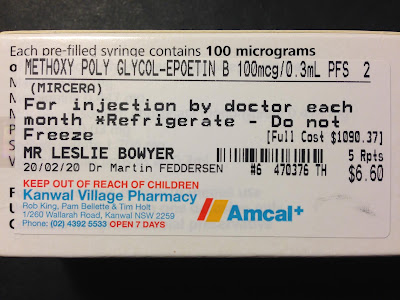