Lord  Haw Haw W J's broadcast was preceded by the first notes from Beethoven's Fith Symphony. Sounded like dit dit dit da or dot dot dot dash, as per morse code meaning V; or V for Victory
But from what I can gather there is no particular word within the German language that commenced with a V which meant victory. this I was told by my English professor (Attilla) W Bates; eighty years ago. Memories.
at November 28, 2018 No comments:

An evening at the Opera.

It was during the eighties when my wife Rosemary and I attended our first Opera- a Gilbert and Sullivan "The Mikado". The tickets had been provided free gratis by a well-heeled business associate; However, The hire of the pretentious costumes was a wallet killer.

Rosemary my dear lady wife could hardly contain her excitement. Still, in her forties, she loved  to flirt a little and loved to be told she was pretty as she really was without a doubt despite mothering five sons

We had previously attended a champagne party in air-conditioned comfort but travelling along George Street in busy Sydney on a hot day in a traffic jam was something I would not recommend especially in a Taxi with faulty airconditioning
However it was mainly a great day, and to see my Rosemary so happy, made my day.
-------------------
Women are the decorative sex, whatever they have to say, they say it charmingly.

It is Christmas Card time again


It is this time of the year when you drag out of that special drawer in the cupboard marked XMAS. In it, you will find a long list of friends and relatives who you deem worthy of a message of worthiness like love health wealth and happiness etc There is also a long list of those loving people whom you sent cards to the previous year and a Tick beside the names of those who sent a meaningful message to you.
This is where the bastardry starts, you say to yourself how can I reduce the problems of writers Xmas card cramp?. It is perfectly simple because I like a lot of sensible people will have bundled the last batch of Ho Ho Ho's together by elastic bands. these are placed on the table together with Two different (some cheap) Xmas cards you intend sending to those you received Jollities from the previous joyful year.
By the time this brain exhausting exercise has been completed, you will find that the list has hardly diminished.  We have lost some by the will of God or have moved interstate or have no more interest in pursuing you for love or money. and then you have the newcomers who will be on your list for years to come. Not forgetting those who will appear for the first time this year most who send late and receive a reply in the new year.
The main reason for writing this load of gobbledygook is that I will have to reduce my blogging to accommodate this extra activity being I shall not be calling on your blog as often as I would  wish to( it doth seem that due to a lack of callers on my blog the XMAS card Madness has started earlier than even I have envisaged. 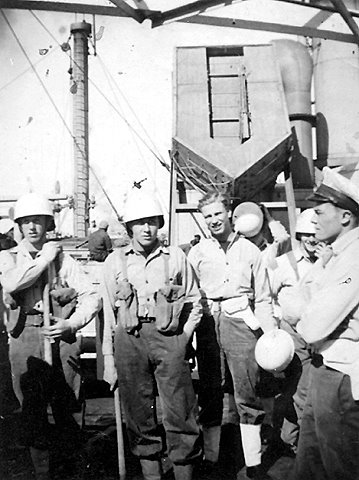 No Words this week.

Sorry, but I am not feeling well, I feel tired and simply need to rest, Back Soon.
vest daily gaggle.
at November 14, 2018 No comments:

A soldier who marched at a rate of 120 x 30-inch paces to the minute had to travel 12 Furlongs to arrive at a point where he would be told to march another league to get to his new Barracks.

How long did it take him to arrive at his destination.?.

Victorians kept Hedgehogs in their kitchens to control Cockroaches.  A cockroach after touching another creature hurries away and washes.itself.

Patients admitted to hospitals at the weekend are 40% more likely to die than those admitted during the week.

Shark Bay in Australia, is now called Safety Beach. It changed its name to attract tourists, and the sharks are once again very happy.

The human nose can distinguish between 10,000 different smells. A renifleur is one who derives sexual pleasure from smells.Rhinotillex.romania is the scientific term for being unable to stop picking your nose. It is also impossible to Hum while holding your nose.

When Josef Mengele fled to Argentina he went through customs with several suitcases full of body parts.
Iran is the only country in the world where it is legal to sell your kidneys.

PE Teachers were Originally banned from the Olympic because they were professionals. But the ancient Greek city of Megara held a version of the Olympic games which included a kissing contest. Only boys were allowed to enter. However, An Ostrich could run the London marathon in 4.5 minutes.
8,000 years ago Great Britain had so many trees that a Squirrel could travel from one end of Britain to the Other without touching the ground.  Nemophilia Is the love of spending time in all types of Forest.
Oysters change their sex up to five times in one year.  Men are more likely to die during sex if they are cheating on their wives. more than one-third of men using dating sites are already married More than one-third of married Canadians sleep in separate rooms- they should stop eating Oysters too often.
Anyhow, I must go as time flies like an arrow But fruit flies like a banana.

The words this week are Enclosing. Purpose. Care. Patch. Jamming. and Shame.

The year was 1759. The ex Brigantine Swordfish minus most of its heavy guns, commanded by Captain Flogger Turnbull had left Jamaica with a cargo of Rum it's destination Bristol England.

Most of the crew who were suffering from scurvy had not left the ship for months whilst in Jamaica. when the ship was in the CARE of the local Govt authorities and was being stored and loaded by local slaves, the PURPOSE of this being that the crew were prone to desertion and had been incarcerated by ENCLOSING  them in the bilges of the ship and JAMMING all exits.

On leaving Jamaica the crew were released and finally after their recovery mutined and seized the ship and dealt out the most severe of all maritime punishments. to its officers with one exception the navigator who was spared through necessity.

No maritime punishment has ever exceeded or is a PATCH on a good flogging and finally being Keel Hauled. The SHAME of being stripped naked and flogged and finally being Keel Hauled, meaning being pulled under the bottom of the ship from one side to the other against the resident barnacles usually skinning alive the victim who is then customarily thrown to the sharks to end his miserable life.

However, like most mutineers, the crews of such ships rarely returned to Britain and turned to piracy for the remainder of their miserable lives.
Vest Daily Gaggle.